“I always believe in what I do. I never took any notice of other people’s opinions. Something has always driven me.” Tony Iommi, August 2016.

If you were a 17 year old aspiring guitarist who had just lost the ends of two fingers in an industrial accident, and then told you would never play guitar again, what would you do?

Tony Iommi faced this exact dilemma in 1965 on the last day of his job in a sheet metal factory in Aston, Birmingham.  He had recently decided to give up the job so he could focus fully on a music career.

A devastated Iommi was encouraged by the factory manager to listen to a tape of Django Reinhardt, the Belgian jazz guitarist who similarly had lost 2 fingers in a fire.  Reinhardt improvised around the problem and created a new playing style which didn’t require the missing fingers. His career blossomed mainly due to his innovative new style and sound.

Iommi, inspired by Reinhardt’s story and playing brilliance, responded firstly by creating plastic, thimble-like, tips for his two damaged fingers, and secondly by adjusting the tension of his guitar strings to ease the strain on his weakened and desensitized fingers. 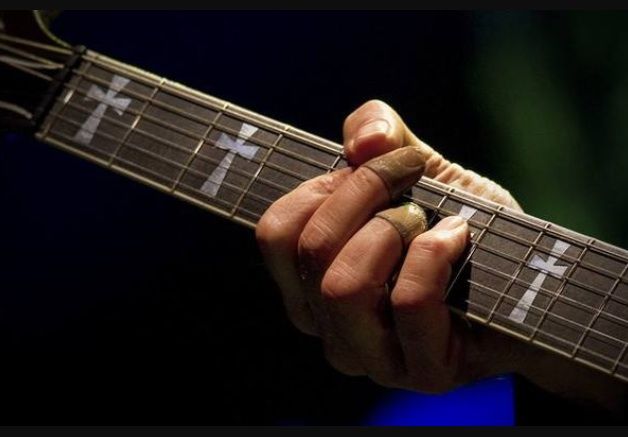 Cutting a long story short, the resulting playing technique and new tone from relaxed strings yielded a deeper, darker sound which, in the industrial working class environment of Birmingham in the early 1970s, captured the imagination of hordes of mainly male music fans seeking something different from the music of the day (which most people would agree was already pretty good).  Iommi, and his band Black Sabbath, had unwittingly invented heavy metal. The rest is history, albeit a leather-clad, very loud, headbanging, long-haired one…. And without Iommi we wouldn’t have Ozzy Osbourne either!

Heavy metal is one of most lucrative music genres globally with millions of highly loyal fans and thousands of bands influenced by Black Sabbath.  Such an invention, and the economic riches that ensue, is usually the stuff of major strategic planning and significant investment – but the world of popular culture doesn’t work like that.

Tony Iommi’s invention came about through a combination of accident (ironically enough involving some real, sharp, heavy metal on a cutting machine), inspiration, and determination.

Why, you may ask, am I telling this story? Firstly, I love music and the stories it inspires, and I also like the “overcoming hardship”, and “ordinary bloke” roots of the narrative and lead character. Secondly, I believe it contains numerous elements that can inspire us as we undertake our own journeys.  Here are five of them:

Having a strong, clear purpose is the key driver to success.  Without clear purpose our motivations come from other factors – money, reward, ego, fear and so on.  A clear purpose builds inner drive and motivation. Iommi expressed this inner purpose as “something inside has always driven me” suggesting he didn’t analyse it too much, but was happy to go where it took him.  Often, our inner purpose isn’t obvious, but if certain things come easy, or happily take up huge amounts of time without noticing, then there’s a good chance it’s been found. If you have found yours, then good luck and enjoy the journey! If not, seek it out…

A guitarist losing the ends of two fingers is as big a blow to a dream as can be imagined – it’s not exactly like failing “judges houses” on X-Factor is it?  To plough on, somehow, after such a blow shows the strength of Iommi’s drive. It is this drive, and the core purpose which fuels it, that builds the resilience to never give up. Iommi is well-known as a modest, shy, man who has never sought the limelight – he left that to Ozzy Osbourne – this control of (or even lack of) ego is typical when true purpose exists.

Interestingly, Iommi doesn’t believe that his accident was the defining factor behind his success, but instead describes it as his biggest regret because of the hardships it caused him as a young man. We’ll never know, of course, whether he would have succeeded to the same extent without the accident, but the fact that he feels he would shows the strength of his self-belief. Again, those with a clear purpose and the drive that goes with it, have amazing powers of self-belief which is also a significant contributor to success.

Both Iommi, and Reinhardt before him, showed that innovation isn’t always planned and strategic.  Sometimes you just have to innovate otherwise your dream expires.

Having created a solution of sorts for his missing tips, Iommi still had to get over the loss of feeling and weakened muscles in his fingers.  He innovated again, this time by loosening the strings to enable his weaker muscles to work them better. He didn’t know where this would lead to, other than more comfortable playing.  The lesson here is that an innovation to solve one issue can inadvertently yield an unforeseen benefit – in this case, a new sound and the foundation of heavy metal music. Not every success need be planned, but keep the mind open when innovating so you don’t miss the unforeseen upside.

Iommi never planned to invent heavy metal, nor did he plan to cut off his fingers – but he ploughed on regardless.  Without his accident, he may not have been the inventor of heavy metal, but he would almost certainly have achieved his purpose of being a great guitarist – and I doubt it would have mattered to him whether he became rich and famous or not.

Iommi, now 70, has successfully battled cancer (twice) and has just completed a “final” world tour with Black Sabbath.  He has also just completed a highly acclaimed choral work with Birmingham Cathedral. Not what you might expect from Black Sabbath’s leader, the inventor of heavy metal, and an inspiration not only to millions of fans and bands, but potentially to anyone with a dream to pursue. What is yours?